“There is an additional pressure because we are a biracial family. People often look at us strange for the obvious reasons, but there is an additional stereotype about Black men and white women that we have to be cognizant of as well.   The Black Lives Matter movement has impacted the conversations we have in our home. When Terrance Crutcher was shot, the reality set in that I too could be a big Black man who looks like a threat from a helicopter or a police car. For a while, my wife and older kids were concerned about me driving at night or leaving for work early in the morning.   My prayer for my kids is the same thing I pray openly in front of my congregation: that the world would become a place that is safe for all of us no matter who we are. I pray for a world where the words of Isaiah are realized, that we would no longer study war, and that gun manufacturers like Smith & Wesson and Glock would retool and instead of making weapons build affordable housing for the homeless.   I pray that my sons and daughters would be judged for their character and their identity as children of God.” 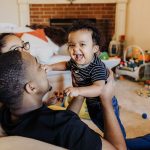 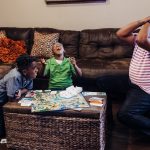